Can Mums-To-Be Eat to Avoid Allergies? 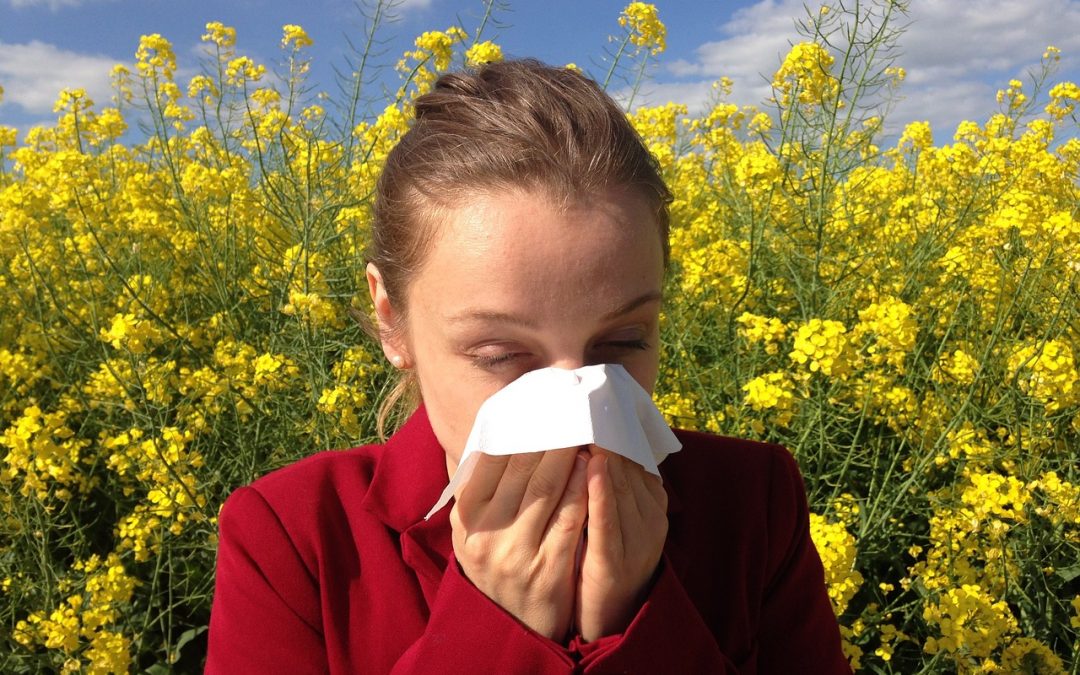 Atopic conditions such as asthma, eczema and allergic rhinitis (runny nose), along with allergic conjunctivitis, usually begin in childhood; but could diet during pregnancy help to allergy-proof future generations? Lisa Patient investigated this issue in the Summer 2016 edition of #ion_nutrition Optimum Nutriton Magazine

Although there is a known genetic element in developing atopic allergies, research is also investigating whether a woman’s diet and lifestyle during pregnancy could help to reduce the risk.(1)

Fats
Studies suggest that omega fats could offer a protective mechanism against atopic allergies. Several clinical studies have found that women who take a daily omega-3 fish oil supplement during pregnancy reduce the risk of allergies for their children. An explanation for this may be in the impact the fish oil has on the chemicals transferred to the baby via the umbilical cord, with evidence to show that taking fish oil supplements lowered the levels of inflammatory chemicals called cytokines in the cord blood. (2)

However, getting sufficient omega-3s into your body via diet in pregnancy can be challenging. This is because studies typically use a dose of over 2g of fish oil per day – the equivalent of about two portions of oily fish. Current advice, however, is to limit oily fish intake during pregnancy to no more than two portions a week because of mercury levels found in fish. Supplementation with the fish oils DHA and EPA is considered safe, but cod liver oil is not because it contains vitamin A, which is not recommended in high amounts during pregnancy.(3,4)
There is evidence to suggest that women eating a high amount of omega-6 rich foods (such as vegetable oils and margarine) may have an increased risk of their children developing allergies. A study of 77′ mother-child pairs that looked at meat consumption in pregnancy, a rich source of omega-6 fats, concluded that higher maternal meat intake may lead to an increased risk of eczema.(5)

Antioxidants
One nutrient that has been contra- indicated for pregnancy is vitamin A. One study published in 1995, found high daily doses (>10,000iu) of vitamin A may lead to birth defects,(6) and the NHS currently advises against high amounts of vitamin A during pregnancy. (15) However, a mother’s diet that is rich in the plant pre-cursor for vitamin A called beta-carotene may be protective against the development of eczema in the child.(7) Beta-carotene, found in carrots, sweet potato, mango, peppers, chard, spinach and kale, is a type of nutrient called a carotenoid, which is a powerful antioxidant known to protect the skin from UV damage.

Several recent studies also suggest that vitamin E may protect against allergies, particularly asthma. This is because it is utilised in the healthy development of cells in the airways and lungs, which may impact the risk of breathing-related allergies.(8)  Mothers are advised to eat foods rich in vitamin E such as nuts and seeds, avocado, olive oil, whole wheat and rice. But, as with vitamin A, supplementation of vitamin E should be treated with caution. A paper published in2016 suggested that high vitamin E intake could possibly be a contributing factor to congenital heart defects in babies.(9)

Vitamin D
ln 2014, the Royal College of Obstetricians and Gynaecologists published a comprehensive paper on the role of vitamin D, the sunshine vitamin, in pregnancy. Evaluation of scientific papers established associations between vitamin D deficiency and complications in childbirth such as pre-eclampsia, high blood pressure, likelihood of caesarean delivery and gestational diabetes. Children were also found to have a lower birth weight and to be more likely to develop hay fever or allergies if the mother was vitamin D deficient. Given the high incidence of vitamin D deficiency in the UK, this is likely to be a nutrient that should be supplemented during pregnancy, and a simple blood test can determine whether this is the case.(11)

Stress and lifestyle
Pregnancy can be a stressful time for women for many reasons, and studies are showing that this may also be a factor in babies developing atopic allergies.In 1998, a major ice storm in Quebec, Canada caused a power outage that lasted several weeks, putting expectant mothers in the area under significant stress. An evaluation of the children at age 11 showed a significantly high incidence of asthma in the storm children, particularly amongst the girls. Interestingly, the outcome of this investigation linked the high incidence of asthma to the mother’s subjective stress, which was how she thought and felt about the situation, rather than the objective hardship, which was a measure of how much disruption the event caused her.(12)

This may seem to be more a case of environment rather than nutrition, but babies born to mothers who were under stress during pregnancy have been found to have lower levels of ‘good’ bacteria in their guts.(13)  This has significance, because it is known that children with poor levels and variety of gut bacteria are at higher risk of developing eczema.(14)

These associations between atopic allergy risk and a mother’s prenatal stress levels also throw a confounding factor into the research linking specific nutrients to allergy risk – because they highlight that it is almost impossible to control all the variables that affect women during pregnancy when conducting clinical trials.

Staying well during pregnancy
In conclusion, there seems to be some evidence that omega-3 fats, vitamin E, beta-carotene, and vitamin D may all have some allergy-proofing mechanisms. However, only vitamin D and omega-3 fats should be supplemented along with a pregnancy-formulated multivitamin and mineral. This, of course, goes hand- in-hand with a diet rich in minerals and antioxidants from fruits and vegetables, nuts and seeds, and lean proteins such as chicken and legumes. And trying to keep stress under control can only help.