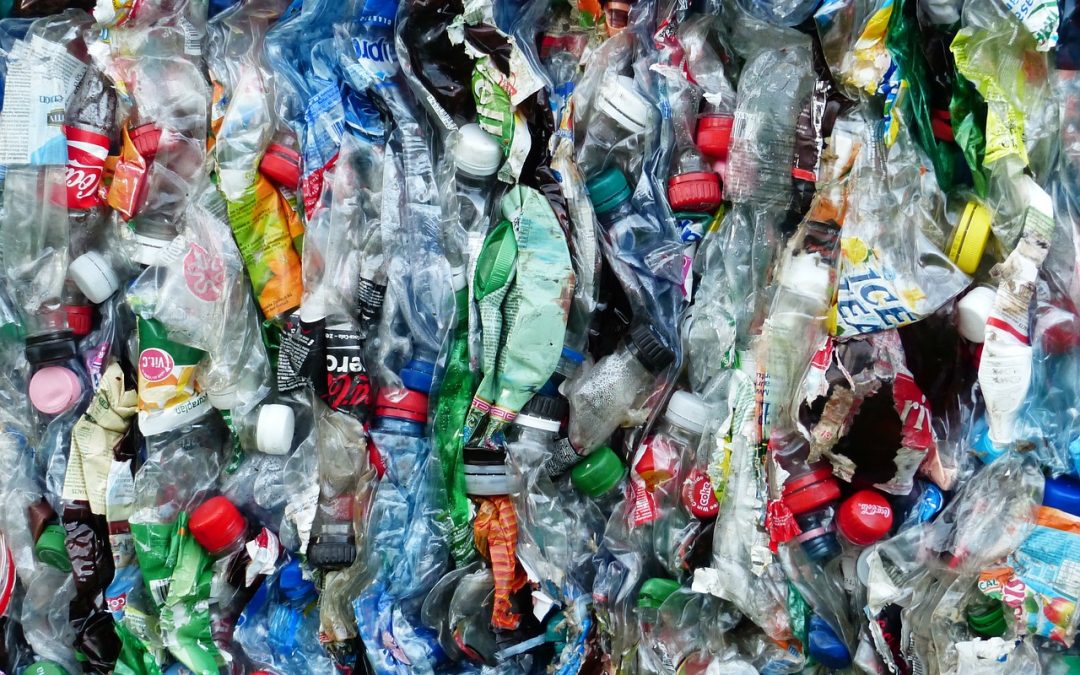 The United Nations Food and Agricultural Organization estimates that 1.3 billion tonnes of food is wasted annually, so keeping food fresh for as long as possible is vitally important for the economy and the environment. But how safe is the plastic packaging that we use today? Lisa Patient writes for the Optimum Nutrition Magazine:

Plastic, in many forms, is the most widely-used material for food packaging. It was first introduced in 1949 as a product called Saran Wrap (a forerunner to products such as Clingfilm in the UK), and soon went on to replace traditional methods that used cloth, paper, or glass. Developed from the first type of plastic to be invented [polyvinylidene chloride (PVDC)], food wrap plastic could keep out air, moisture, and chemicals. It was also versatile, lightweight and cheap to transport — unlike glass, which incredibly dates back to 1,500 BC as a food packaging and meets many of the criteria for food storage.

Hormones
But despite all of plastic’s positives, it has been suggested that exposure to some types could disrupt our hormones. Some research, predominantly using rats and mice, has shown that the chemical structure of certain plastics causes them to either mimic the function of a hormone with a similar molecular structure, or block the action of a hormone by latching on to the receptor site that triggers a hormone to activate. For example, a chemical called Bisphenol-A (BPA), which is used in plastics, has a structure similar to the female hormone oestrogen; a comprehensive review of BPA published by the State of California links it to a number of female hormone conditions including recurrent miscarriage and polycystic ovary syndrome.

Many of us will have encountered the term ‘BPA’ on products that are marketed as BPA-free. Widely used since the 1960s, BPA is a component part of the white lining inside food cans, and  is found in drinks cans, plastic water bottles, and bottle tops. Studies, mostly from the US, have found that circulation of BPA in women’s bloodstreams is common: one study that tested 85 samples of umbilical cord blood found that all 85 contained BPA. In another study of 268 pregnant women, 96 per cent tested positive for BPA in their urine.

Whether or not BPA causes actual harm to human health, however, is contested by the plastics industry because very few studies have been carried out on human subjects — although one 2015 study linked levels of BPA in mothers to low birth weight in babies, with female babies affected more than male babies.

But it is not just women’s hormones that are suspected to be affected by plastics. A recent study found that surfynol, a chemical used to create multi- layer food packaging, damaged sperm in laboratory tests. Analysis of the sperm showed multiple defects including their ability to swim, to make energy, and in their protection mechanisms.

Cardiovascular and weight worries
Another area of concern is phthalates, which are chemicals that are used to soften plastics, and which can leach onto food during microwaving and heating. Emerging evidence suggests these may damage the walls of arteries and may directly damage heart cells. A 2014 study linked dietary phthalate exposure to higher systolic blood pressure in children and adolescents.

However, plastics containing these phthalates are commonly used to package processed foods, and so it may be that further studies need to separate the risk factors of phthalates and quality of diet.

It has also been suggested that some plastics may affect cholesterol levels. Widely used perfluoroalkyl substances (PFAS) have been shown to interfere with the genes that regulate cholesterol metabolism, affecting how much cholesterol we produce, and how effectively it is transported around the body. Resistant to heat, water and grease, PFAS are used to line non-stick cookware, greaseproof paper, fast food wrappers (particularly burgers and fries) and microwave popcorn bags.

And it may be the case that dieters in particular should beware of these plastics. More than 620 people participated in a weight-loss trial in Louisiana over two years, during which time blood samples were regularly taken to assess subjects’ blood levels of PFAS. After two years of dieting, higher PFAS concentrations in the blood were linked to weight regain and slower metabolic rates (the rate at which we extract energy from food), particularly in women. The study concluded that “the possible impact of environmental chemicals on the obesity epidemic therefore deserves attention”.

In mouse studies, BPA has also been linked to weight-gain; one study found that even a low dose of BPA caused disruption to the metabolisms of male mice, affecting body weight, food appetite, and insulin and glucose regulation.

Scale of the problem
Currently, we can’t seem to escape plastics. Samples taken from water supplies around the world have shown that the vast majority of water supplies across all continents are contaminated by microscopic plastic fibres. In the UK, plastics were found in 74 per cent of samples — so avoiding plastics may be more difficult than we might like to think.

And it’s not just tap water that is affected. A broad analysis of 259 bottles of water from 11 different brands sampled from Europe, Asia, Africa and America, found that 93 per cent contained particles of microplastic, including polypropylene, polystyrene, nylon and polyethylene terephthalate (PET).

Demonstrating how difficult it is to avoid plastics, one fascinating study in 2012 analysed the blood levels of phthalates and BPA in a group of volunteers that had been restricted to an organic natural diet that had not been in contact with any plastic packaging. These were compared to samples from a group eating a regular plastic-wrapped diet. Much to everyone’s surprise the concentration of phthalates in the blood of the organic group actually increased over the course of the study. After much investigation, the research team attributed this to leaching of phthalates from the plastic tubes that were used to extract organic milk from the cows’ udders.

Innovations in food packaging
The plastics used in food packaging do not biodegrade, but instead break down into smaller and smaller pieces until they become tiny particles called microplastics.

Frans Timmermans, first vice-president of the EU, has said that Brussels’ priority is to clamp down on “single-use plastics that take five seconds to produce, you use it for five minutes and it takes 500 years to break down again”.

But nature may have a solution — in the form of microbes. A paper published in  the Journal of Chemical and Pharmaceutical Research discusses how microbes and fungi could be used to break down plastics.

For example, mangrove soil taken from the Niger delta contains a family of bacteria called the Aspergillus species, which feed on carbon from both high-density and low- density polyethylene, the latter of which accounts for about 60 per cent of all plastic waste.

The race is on to produce packaging and bottles that are wholly or partially made from plants or biomass such as corn, sugarcane, cellulose, seaweed and algae. In the meantime, some consumers are looking for more natural ways of storing food. Herbs, for example, have been used for centuries as a means of preserving foods, and recent publications describe success with cinnamon oil, rosemary extracts and green tea as preservatives, using them to line the inside of packaging.

However, any changes to our use of plastic is likely to be consumer-driven rather than led by manufacturers. This is because the success of plastic remains: it’s very low cost to produce, and change can be expensive.

For a referenced version of this article, please click here.