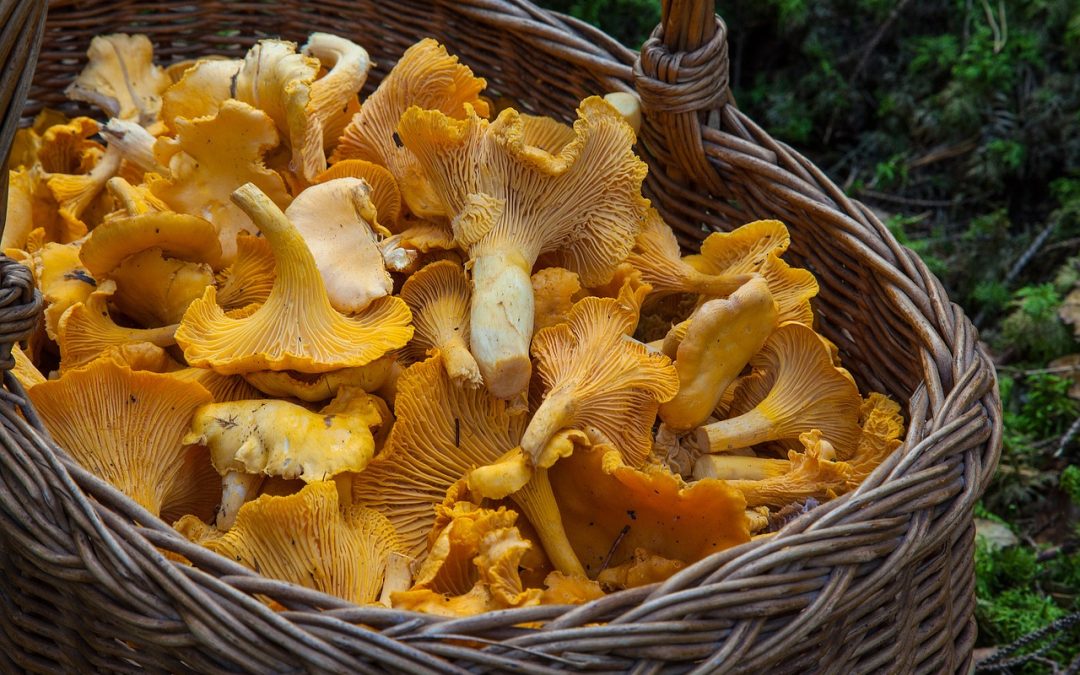 Mushrooms contain a wide variety of nutrients, but it’s beta-glucans that provide a boost to the immune system. Lisa Patient writes about Magical Mushrooms for the #ion_nutrition magazine.

Often (incorrectly) referred to as vegetables, all mushrooms are fungi — but out of the more than 14,000 identified species, of which about 2,000 are edible, only 12 are used as food supplements (1). This means that more than 10,000 species of mushroom are inedible and potentially highly toxic; which is why foraging for your own is not recommended unless you are accompanied by an expert in mycology — or, indeed, are an expert yourself.

Low in calories, yet with a substantial, satiating texture, mushrooms contain a wide variety of nutrients, including the hard-to- find antioxidant selenium — an important mineral for DNA repair and prevention of cardiovascular disease (2). But it’s a type of fibre called beta-glucan that is stimulating the most interest. This is because research shows that including beta-glucans in our daily diet, or taking beta-glucans extracted from mushrooms in nutritional supplements may help to build a healthy immune system.

Whilst all parts of a mushroom contain beta-glucans, the highest concentration is found underground in the biomass. Although they don’t act directly on a disease or tumour, beta-glucans help the body to activate the immune system and produce more immune cells. This is because of their action as biological response modifiers; something which is being investigated in the fight against cancer (3).

A systematic review and meta-analysis of 13 clinical trials suggests that taking Coriolus versicolor (also known as yun zhi or turkey tail) alongside conventional treatment may improve cancer survival rates. The study compared survival rates of cancer patients over five years; finding in those taking yun zhi there was a nine per cent reduction in five-year mortality, compared with patients not taking the mushroom (one additional patient alive for every 11 patients treated with yun zhi)(3).

One experiment placed malignant cells from prostate cancer in a dish with extract of maitake mushroom (traditionally used to treat diabetes and hypertension) and found that 95 per cent of the cancer cells died within 24 hours. The impact of the mushrooms was accelerated when vitamin C was added (4).

Used in traditional medicine in Japan and China for millennia, mushrooms are become a growing area of interest in western nutritional health

A mechanism other than cell death (also known as apoptosis) by which mushrooms could help fight cancer has been discovered, as extracts from the more common white button mushroom (cremini) have been found to act as ‘aromatase inhibitors’.  Aromatase is an enzyme that triggers the production of oestrogen, and for women with oestrogen-sensitive cancers such as breast cancer, aromatase inhibitors can slow down the rate oestrogen is produced, hence starving the tumour (5).

The ability of mushrooms to enhance the immune system may benefit sufferers of chronic fatigue syndrome (CFS). Patients with CFS have low levels of a particular type of immune cell called natural killer (NK) cells, leaving them vulnerable to infection (6). Many varieties of mushroom, including maitake and Coriolus, have been shown in mouse studies to boost NK cells (7,8).

Mushrooms may have a preventative role in the development of Alzheimer’s disease, which is now widely understood to be associated with inflammation of the brain. One study found that when rats were fed a powder form of the mushroom Hericium erinaceus (lion’s mane), their brains were stimulated to produce more of a chemical called Lipoxin A4 (a chemical that helps to control inflammation) in an action described by the study’s authors as a “braking system” (9).

The reishi mushroom or Ganoderma lucidum is used in traditional Chinese medicine to protect the liver, and mice studies seem to substantiate their benefit to this organ (10).