The Silent Epidemic – Suicide in Men 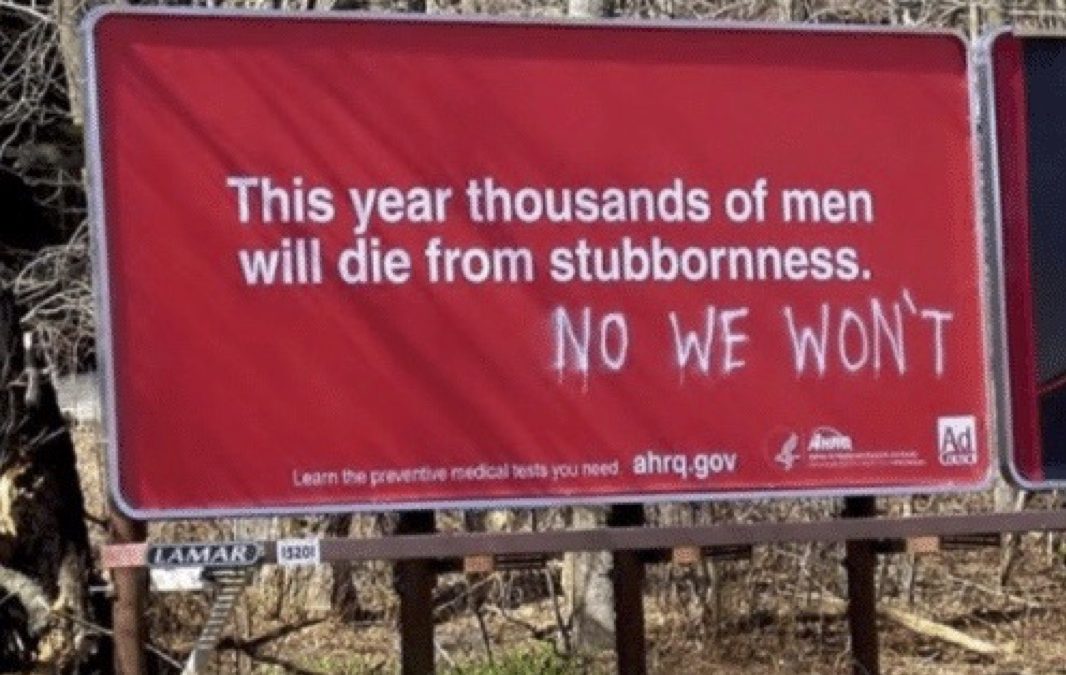 Our focus this month has been mens health, and, so far, issues that affect men over the age of 50. In younger men the shocking truth is that the most common cause of death for men under 50 – and tragically teenagers and boys –  is suicide. Although more women than men are diagnosed with depression, the male suicide rate is several times higher than that of women. What’s going on?

A 2019 BBC report lists communication as one of the main issues. Although it seems like an outdated notion, boys are still told that “boys don’t cry”, and men are expected to be strong. Add to that the social stigma of mental health issues and this goes a long way to explaining why men are more reluctant to open up to anyone or seek professional help. The initiative Heads Together – spearheaded by the Royal Foundation of the Duke and Duchess of Cambridge – is determined to open the conversation and remove the stigma attached to mental health problems.

With mental or physical health problems alike, men are less likely to make an appointment with their doctor. A UK British Medical Journal study found general primary care consultation rates were 32% lower in men than women.

Worryingly, rather than seeking help through established channels, some men may attempt to “self-medicate”, using alcohol or drugs, which only serve to push them further down the downwards spiral. Alcoholism is one of the major risk factors for male suicide.

Other risk factors may be related to family or work. Although in many households, men are no longer the sole breadwinner, they are often the main one. Job loss is a blow to anyone, but even more so if loved ones depend on your income. When there’s an economic downturn that results in increased unemployment there tends to be an associated increase in suicide – typically 18-24 months after the downturn. A scary prospect, especially in view of the huge hit the economy is currently taking because of the coronavirus pandemic. In March, the government published a press release with advice to support mental health during the coronavirus outbreak.

If you are affected by depression, there are some resources that you could access for help: